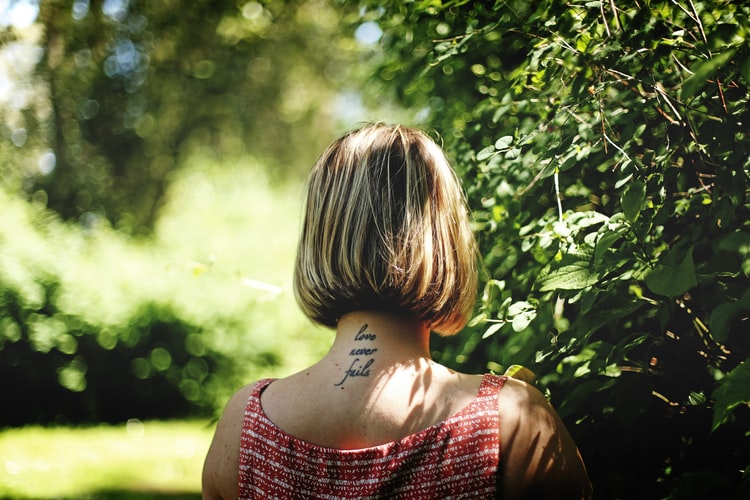 Let’s talk about Chinese tattoos that fail. I believe many of you have seen the pictures of hilarious Chinese tattoo fails on the internet, as I do. I am wondering why people are always doing wrong when tattooing a Chinese symbol or character? Here are 3 primary reasons that I conclude.

The fail itself is funny, it’s hilarious, but for the guy who has a wrong tattoo on his body, it will be a disaster indeed! He or she will definitely regret it.

Look, if you really want a Chinese symbol tattoo or Chinese word tattoo, you really need to do more research in advance.

I know that you guys love Chinese food and China restaurants, but a food name is NOT a good tattoo, it just doesn’t work.

No Kong Bao chicken, no chicken rice. No, don’t use it, it’s lame. It’s nothing cool about a food name in my eyes, as a native Chinese.

Here are some pictures of people tattooing a food name on their body.

⬆ this one looks like convincing, but in reality, it says pork fat fried rice. lol

Randomly choosing some Chinese character and putting it together WILL NOT make any sense.

You may think it will be fine as long as its a Chinese symbol, nobody will care. Then you are wrong. Ask yourself, why you want to tattoo a bunch of nonsense words on your body.

I hope anyone who has seen this article, choose some words that really make sense, there are tons of them.

⬆ It reads ‘sheet and dog’, two seperate word with no meaning at all

⬆ It reads ‘say dragon love’, 3 seperate words with no meaning at all again

Chinese Tattoo Fails Reason 3: Reverse The Symbol Or Make It Upside Down

This one is the most stupid one. See, every language has its writing principles right?

You can’t mess with it.

Like ‘b’ to ‘p’, you reverse it, then ‘bet’ becomes ‘pet’, the meaning will totally change. Or even worse, it will be unreadable or not understandable.

It’s very easy to avoid the problem, anyone who learned Chinese language can know if the symbol is reversed.

If you know nothing about the Chinese language, do consult a native Chinese or someone who learned Chinese. Let them do the last check before you really proceed to do the tattoo.

⬆ it reads ‘bitter idiot’ , in 3 words , unfortunatly the first word ‘bitter’, which should be written as’苦’，is upside down.

⬆ ‘peace love and loyalty’, very good meaning, but the ‘love’ in the middle, again is upside down. It should be written as’爱’.

why you choose pig and why the word pig ‘猪’， is upside down?

I hope this kind of basic mistake won’t happens to any of my readers. I will write more articles about Chinese tattoo tips.

The second thing is over-confidence and oversimplifying things, like I now think of a great idea about Chinese character tattoos, then I now immediately go inside Google Translate and translate it into Chinese characters. This would be a big mistake. This is far from simple!

For example, you like ‘free’, you want a Chinese tattoo means “free”, Google Translate tells you that this free has two meanings, one is 免费 and one is 自由, which one do you choose? It’s not that simple! Do you know what I mean?