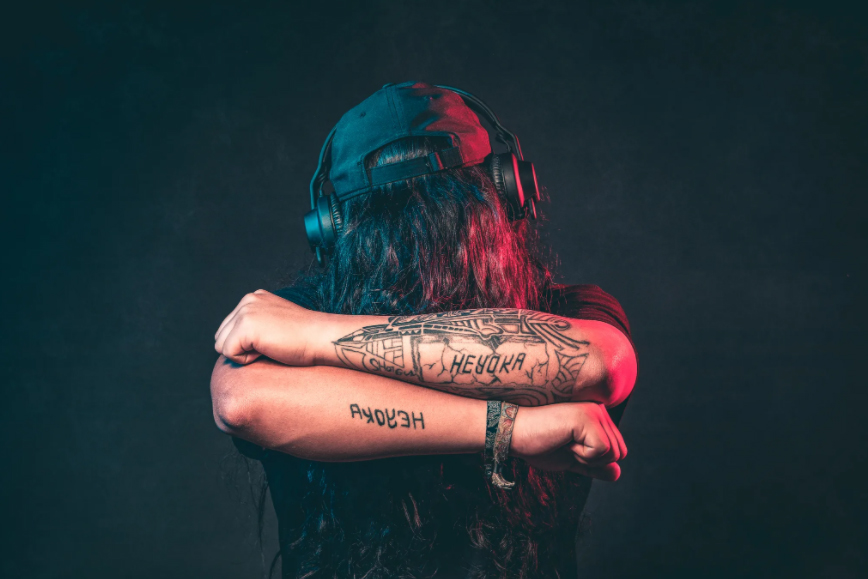 Are tattoos illegal in China?? Probably many people will have this question it. In fact, tattoos are illegal in China is an inherent prejudice. It is because people do not understand the Chinese culture. In this article, I will answer this question and talk about my own thoughts as a person with a tattoo, and my own recovery process after the tattoo.

So, I heard you want a Chinese tattoo? To answer a throwaway basic question for you. There are 4 tiny tips I want you to know and I will tell you the answer about are tattoos illegal in China.

Are tattoos illegal in China? Let’s listen to the native Chinese.

Let’s look at the situation in ancient China. A tattoo in ancient China was a sign that was specially marked for imprisoned prisoners. The purpose was to give. Deep in prison prisoners a mark, so that they look different from the normal people, easy for the official government officials to escape from the prisoner to identify and arrest.

That is, in ancient China, the tattoo is a representation of low status. In ancient China, tattoos represent a person may have a criminal past. So the average person would try to avoid giving themselves tattoos. The average person would be reluctant to give himself a tattoo. However, Are tattoos illegal in China? no one is saying that tattoos are illegal. That is, if you really want to tattoo yourself very much, there is no legal regulation to prohibit you from doing this.

So let’s look at the situation in China now, Are tattoos illegal in China nowadys? As far as I know, most of the regions of mainland China or most of the ethnic groups do not have tattoos. According to the Chinese tradition, the body hair and skin, the parents, the human body and hair are from the parents of the gift, can not be damaged, so in the body to do tattoos is considered a kind of unfilial performance. As far as I know, there are some ethnic minorities will do tattoos to their faces, such as Tibetans, but only a small percentage.

In fact, China is now very open attitude towards tattoos. The law does not explicitly prohibit you from getting a tattoo. If you really want to show your personality and give yourself a tattoo, then you can understand. Are tattoos illegal in China? No, only when you apply for a position in the civil service such as flight attendants or government officer, They will make specific requests as to whether you have a tattoo or not, for example, I have a colleague was applying flight attendant, but because there are tattoos on her body, so she did not pass the test.

Flight attendant in China are not allowed to have any tattoo.

That is to say. In the current society of China, having a tattoo is a kind of behavior that is acceptable and not illegal. Only in the choice of some national public service category of occupation, such as civil servants or flight attendants, may encounter some obstacles.

So now I’m going to give you an accurate answer. Are tattoos illegal in China? No, it’s not illegal.

My friends don’t know anything about my tattoos. There is a general comment like “Do you have a tattoo? You’re not in any shock, are you! You’ve gone bad. You still have to wash it off when you get married, your elders don’t like it…”

Personally, I think that tattoos and “bad” “blow” “marriage” and can not be equated. And so on and so where?

Prejudiced preconceptions are also discrimination in disguise. I also hope that we take back personal ownership of the body, body tattoos is a personal character traits and beliefs of the expression, I hope we are tolerant.

Does the tattoo hurt?

It doesn’t hurt, but it depends on the personal experience of pain. I got “Strong” on the inside of my left wrist, which was the first thing I started, and I was nervous and full of anticipation. You can clearly feel the “S” of the tattoo gun dipped in black pigment being drawn over and over again on your smooth skin. This masochistic gentle pain is also said to be “tattoo addiction,” the reason.

When finished the tattoo artist will apply a layer of Vaseline to your tattoo and cover it with plastic wrap. However, it’s advisable to leave it untreated, as the breathability will allow for faster recovery. After all, it’s an artificial wound.

Avoid wearing light-colored clothing, as the tattoo will bleed tissue fluid and black pigment from the wound within three hours after the tattoo is finished, and the stain will not wash off on clothing.

You can take a shower every day after the tattoo, and showers are recommended. The scabs will slowly form on the wound over time, and the process of scabbing will itch, but don’t let your hands fall short to avoid secondary infection. When the scars fall off naturally, your tattoo will be integrated with you into a communal life and death.

tattoos in China and Removals

Tattoos are not allowed in government agencies, such as civil servants, institutions, banks, soldiers, teachers, etc… If you want to take the civil service or teacher in the future, don’t get a tattoo.

Before the tattoo must think about, the pattern, meaning, and relationship. It is not recommended to tattoo a couple with another person, for reasons we all understand.

Tattoo removal requires a laser and the same principle as scar removal. It takes more than 3 laser irradiation to remove it completely, that belongs to the real flesh pain, the pain is unbearable.

These are personal tattoo suggestions, feel free to add.

“Be careful with your tattoos, and don’t regret getting them.” It’s the better tattoo attitude.

Are tattoos illegal in China? No, it’s not illegal.